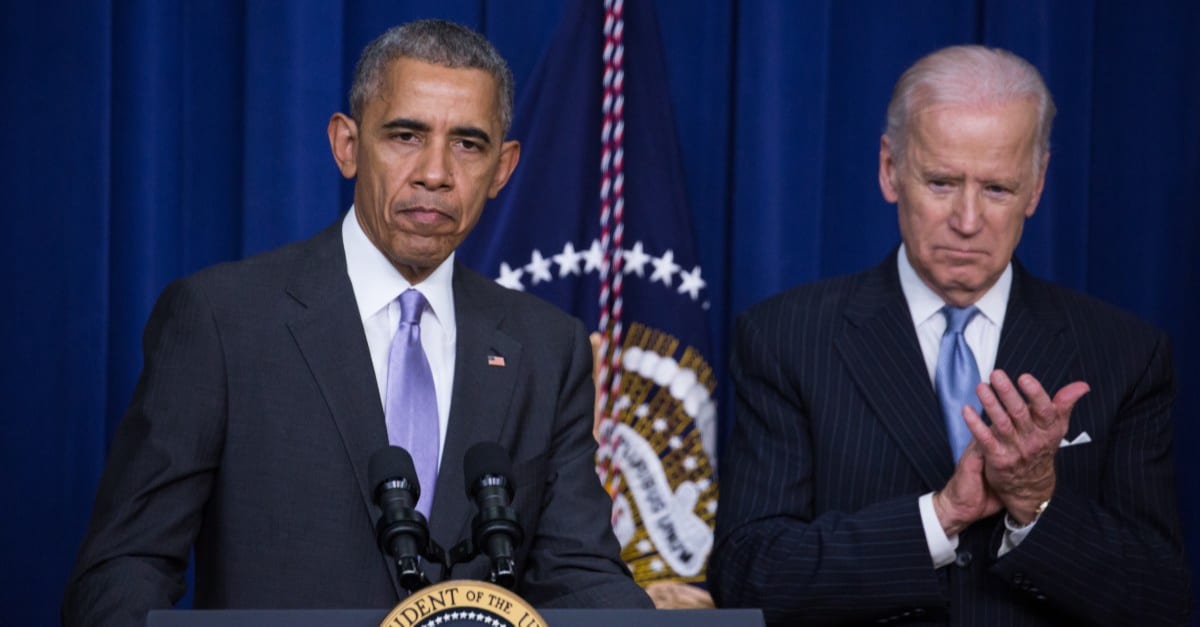 A former top official in President Barack Obama’s administration has a message for Joe Biden and Democrats.

In an op-ed for the New York Times, Steven Rattner, a counselor to the treasury secretary during the Obama administration, says he “warned” Democrats about inflation.

Rattner argued that inflation is now Biden’s biggest problem that needs to be addressed or it will only continue to get worse.

“How could an administration loaded with savvy political and economic hands have gotten this critical issue so wrong?” Rattner wrote.

“From my many conversations with administration officials, lawmakers, and informed onlookers in recent months, it’s clear to me that the pressure on the White House, particularly from progressives, to move forcefully was intense,” Rattner said.

“The original sin was the $1.9 trillion American Rescue Plan, passed in March. The bill — almost completely unfunded — sought to counter the effects of the Covid pandemic by focusing on demand-side stimulus rather than on investment. That has contributed materially to today’s inflation levels,” he wrote.

“Inflation had already been tagged as a factor in the Democrats’ awful election results this month and in the president’s sagging poll numbers. It also threatens the passage of President Biden’s Build Back Better plan, which includes expansive new initiatives to address climate change, as well as important programs like paid family leave and universal preschool,” he wrote.

“How could an administration loaded with savvy political and economic hands have gotten this critical issue so wrong?” he wrote. “They can’t say they weren’t warned — notably by Larry Summers, a former Treasury secretary and my former boss in the Obama administration, and less notably by many others, including me. We worried that shoveling an unprecedented amount of spending into an economy already on the road to recovery would mean too much money chasing too few goods.”

“From my many conversations with administration officials, lawmakers, and informed onlookers in recent months, it’s clear to me that the pressure on the White House, particularly from progressives, to move forcefully was intense. Emboldened by his victory over Donald Trump, Mr. Biden made clear he believed he had a mandate to effect broad change. Haunted by the response to the 2008 economic crisis, deemed too timid by many experts, his mantra has been that it is better to do too much rather than too little. Maybe — but this much?” he asked.

Rattner said it’s time for Biden and Democrats to “come clean” about inflation.

“So the administration should come clean with voters about the impact of its spending plans on inflation. Build Back Better can be deemed “paid for” only if one embraces budget gimmicks, like assuming that some of the most important initiatives will be allowed to expire in just a few years. The result: a package that front-loads spending while tax revenues arrive only over a decade. The Committee for a Responsible Federal Budget estimates that the plan would likely add $800 billion or more to the deficit over the next five years, exacerbating inflationary pressures,” Rattner wrote.

“The White House needs to inject some real fiscal discipline into its thinking. Given the importance of Mr. Biden’s spending initiatives, the right move would be to add significant revenue sources. Yes, that means tax increases. We can’t get back money badly spent. But we can build this economic plan back better,” he concluded. Original Content